Coffee- Is It for You? Or…..Against You? (Coffee Part Two) 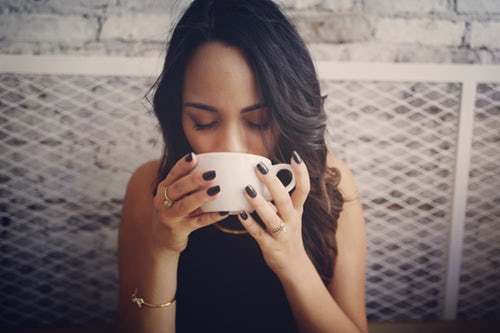 Now, while you may like coffee, it does have its downside which is backed by some researchers.  Let’s begin with a look at some of the myths we associate with coffee.

You may feel energized by coffee. However, you are deceiving yourself and being deceived by the industry. Caffeine does not give you energy. It gives you chemical stimulation. You perceive it as energy because it stimulates the adrenal glands which raises the levels of stress hormones (fight or flight response) in the body. The side effect to this stimulation is to lower the body back to the opposite state with an opposite suppression of these hormones to create balance. The end result is characterized by fatigue.

Caffeine Gives Me a Lift

The deception comes from the initial adrenal stimulation and increased heart rate. The problem is that caffeine is positively linked to panic attacks. Ever heard of the “coffee jitters”? The industry doesn’t want to highlight that side of coffee drinking.

While coffee drinkers may feel temporarily more alert because of the increased sensory and motor activity (dilated pupils, increased heart rate and higher blood pressure from adrenal stimulation), the quality of thought improves no more than if you were to turn music or the TV up. In fact, the consequent drop in energy after the adrenal storm passes would often leads to a drowsiness that decreases mental acuity.

Actually, caffeine is especially dangerous for children, as well as adults. Caffeine stays in a child’s brain and bloodstream much longer than an adult’s. Caffeine added to soft drinks has helped soda’s become one of the most widely consumed beverages in the U.S. Children are being set up for a lifetime of addiction and as shown in the book, Caffeine Blues, has connections to hyperactivity, learning and behavior disorders, fatigue, cancer, heart disease, ulcers, headache, allergy, PMS, birth defects, and more.

Now, let’s look at some of the cons of coffee.

First of all, we have to acknowledge that coffee is addictive. I used to work in out-patient drug treatment. I visited some in-patient treatment programs from time to time. One of the things I

If you poke around Amazon a bit, you will soon find books and products to help you kick the coffee habit. So, I don’t think we have to prove that coffee is addictive. It simply pretty much is. Doesn’t have to be. Then again, believe it or not, neither does heroine. Fact is, people get addicted to its effect probably even more than the caffeine itself.

However, there are withdrawal symptoms to stopping coffee which you may have recognized if you were “hooked” so to speak and then stopped it. This list was compiled by Stephen Cherniske

from his book Caffeine Blues:

Some things to look in determining whether or not you are addicted look for are a response to stopping coffee like those above. Also note:

Addiction can be addressed. Maybe faster than you think. We’ll address that in another post.

Have you found that after you consume coffee you feel fatigued after it wears off? (This will probably be more pronounced if you are drinking coffee flavored sugar shots and not taking it black.) Do you feel like you need the energy which is why you grab that cup? That’s because the way caffeine “gives you energy” is  that it creates tension in your muscles. It’s kind of like the response you produce from clenching your muscles tightly in the progressive relaxation technique. After you release them, you relax. The same thing happens with caffeine consumption.

Another reason for the drop in vitality is because caffeine over-stimulates your adrenal glands by telling your pituitary glands to secrete ACTH (adrenocorticotrophic hormone). ACTH stimulates the release of Adrenalin. Adrenalin produces the fight or flight response which simply means it revs you up.

The side effect of that is that the abnormal “boost” is followed by a subsequent drop- a drop in vitality. That is why you keep needing another cup when the effect wears off, if this is what you are relying upon for your energy supplement.

Eventually, the over-stimulation of the adrenal glands “wears it out”, so to speak. Then, fatigue becomes part of your everyday life- and so does coffee. It’s not the best cycle to be locked into for long term health.

If coronary disease is in your history or family, you may want to consider another beverage and even caffeine in other substances like chocolate. There is research connecting caffeine and coronary disease. Now, do a little research and you will find conflicting studies on this topic. However, keep in mind the factors impacting research previously mentioned. Who is paying for the study? What are the connections of the researchers to the industry? That’s called bias.

However, think about it this way. We know that caffeine is a CNS (central nervous system) stimulant. Everyone has probably heard the term “coffee nerves”. We know not to drink it too late at night or we will, in most cases (there are always exceptions), be up for a while.

This was challenged by a trade group as you may expect. However, the thing to note is that they didn’t go looking for this correlation in the study. It just surprisingly surfaced.

Since it is known that coffee leaches out certain minerals like calcium, magnesium (and iron) and lack of magnesium and calcium is associated with muscle cramping, one could expect an association of caffeine intake and cramping. Magnesium shortages also have impact on the heart and blood vessels. Diet surveys already show that Americans are not getting enough magnesium from their diet. So if cramping is a problem consider your overall caffeine intake as a possible factor.

I can go on listing other associations like irritable bowel syndrome, ulcers, headaches, diabetes etc. However, for a comprehensive treatment see Caffeine Blues and The Truth About Caffeine for more comprehensive details. Woman’s disease connections include: menopause, negative impact on pregnancy and delivery- even fertility, birth defects and postpartum depression. Please see the above books for more details and decide for yourself. I’m just giving the highlights here not the details.

Natural Considerations- If You Simply Must

From the natural point of view, if you are going to drink coffee you should consider quality- which means using organic coffee.

When you drink a cup of conventional coffee it contains a lot of chemicals you would not expect. As shared in Caffeine Blues:

To date, over 700 volatile substances in coffee have been identified, including more than 200 acids and an incredible array of alcohols, aromatic compounds, carbonyl compounds, esters….and that’s just the stuff that’s supposed to be there. Coffee also contains a raft of pesticide residues and other contaminants such as nitrosamines, solvents and mico-toxins. These carry well-defined health risks and some are carcinogenic.  Caffeine Blues– pg 16

Coffee bushes are showered with 92 different pesticides, as noted in the statement above. The roasting process forms acrylamide, a recently discovered carcinogen.

So, while coffee does have some offensive naturally occurring, chemical compounds, you can lessen that impact by choosing organic varieties which you can even find online. Organic should eliminate the pesticide residues and other extraneous chemical, will generally taste better and may lessen the impact of even other compounds. Some organic varieties can even be obtained for the Keurig Brewer.

If you are interested in getting off the coffee train for health reasons, we’ll cover that in part three

Read Part Three- Getting Off the Bean

Previous Post How to Get the Best Cup of Coffee Naturally – Without More Effort Next Post Are On the Coffee Train? Want to Get Off? (Coffee Part One)