Getting Off the Bean (Coffee Part Three) 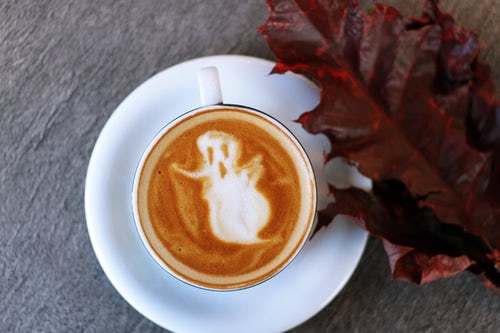 If what you’ve read in the past couple of posts makes sense to you and you’ve decided to get off the bean, this post will give you some ideas and resources.

Each person’s withdrawal will be contingent on how deeply ensconced you are in the coffee habit. If you have long term habit with a high frequency of consumption, you will struggle more than someone who is a moderate or occasional drinker.

As noted by Cherniske in Caffeine Blues the withdrawal reaction, like headaches and constipation, has to do with the sudden change in your circulation brought about by the absence of caffeine. As Cherniske puts it:

Blood vessels no longer constricted by caffeine suddenly open up and allow greater amounts of blood to flow through. And while this is a very good thing, when it comes to the blood vessels in your brain, the sudden increase in circulation can cause splitting headaches.

Rebound constipation happens because your intestinal muscles are no longer being contracted by caffeine. It may take several weeks or months for your colon to restore normal rhythms.

Other symptoms include fatigue, depression and “brain fog” which arises from the worn out adrenals normalizing and your own expectation of the need for stimulation.

Regular exercise can be as simple as walking on a regular basis. Grab my Walking for Weight Loss for free and begin there. It’s a good way for the sedentary person to get started with an exercise program and can be adapted easily to your individual needs as long as you can walk without hindrance.

Cherniske suggests that you don’t go cold turkey saying it is a surefire way to “suffer the worst withdrawal reaction possible”.

Allen Carr on the other hand, who is well known for his stop smoking programs, says in his book, The Easy Way to Quit Caffeine,

He may have a point. People who tend to diet end up dieting forever- running from one plan, which works temporarily, to another.

Carr suggests cold turkey after realizing the dangers of caffeine. Why would you want to continue to abuse yourself? Carr claims that caffeine leaving your body gives you an insecure and empty feeling. People trained themselves to react to that by having another cup of coffee. With his method, he recommends cold turkey and suggests that with the right approach, it actually takes no willpower at all.

It takes no willpower whatsoever to avoid watching a movie that doesn’t interest you. That’s what it’s like when Easy Way sets you free.

I suggest you check out both resources. If you simply cannot cope because of a heavy, long term addiction then maybe Cherniske’s approach is more appropriate for you.

On the other hand, Carr’s book is not expensive and a quick read on Kindle. Download it and give it a quick read (an hour more or less) and see what you think.

If you need, more data to build up your will to stop refer to Cherniske’s book. He’s really done his homework, cites sources and gives a lot of sound reasons not to drink coffee.

Marina Kushner, author of The Truth About Caffeine,  is somewhere in between the two above. Her book covers more on the facts about caffeine but is not as well sourced or comprehensive as Cherniske. It is an easier read than Cherniske but longer than Carr’s book. Kushner claims:

The overwhelming preponderance of evidence, both historical and contemporary, suggests in no uncertain terms that coffee and caffeine are dangerous to one’s health – particularly in amounts of three or more cups per day. If you are drinking more, you are damaging your health. However, even small doses of caffeine can be injurious to health.

She suggests that the impact of caffeine on the central nervous system is the biggest reason people want to get off coffee, along with health improvements like insomnia, admitted addiction, gastro-intestinal problems and others.

She suggests that some experience withdrawal and some not. Woman she says have a harder time then men getting off of coffee because woman have slightly elevated levels of cortisol. Higher cortisol and corticotropin-releasing hormone levels cause stress which can increase the symptoms of caffeine withdrawal.

Kushner suggests symptoms may begin 6 to 12 hours after quitting and last for a week or longer- the first couple of days being the most difficult. Actually, not that steep a price to pay for a huge potential boost in health along with more spendable income and time both of which were spent feeding your caffeine habit.

She suggests the timing of when to start the withdrawal program (weekends for example) and tricks like drinking something non-caffeine, even warm water, will help. Generally, he program is not as carefully outlined as either of the other two but does have useful suggestions.

Without a vibrant state of health, you cannot reach your life’s full potential. You don’t have to dwell on this when healthy, but if you are not well- you can not avoid it.

I hope that I was able to give you enough effective input to cause you to consider giving up coffee– or caffeine if you are taking it some other way. It is more dangerous to your health than the industry and media (reaping the benefit of advertising revenues from the coffee industry) have led you to believe.

Those so-called “energy drinks” like Red Bull are really just another way to get this substance into your bloodstream. Despite the hype, caffeine intake is not helpful for your long-term health in whatever form.

Woman and children are particularly vulnerable to caffeine’s impact. Consider dumping this addictive substance for something that has far less impact on your health. Good luck with your efforts and enjoy your better health if you do.

Below are resources mentioned in this series for your convenience, should you want to take up your own anti-caffeine campaign:

Previous Post Are On the Coffee Train? Want to Get Off? (Coffee Part One) Next Post About Those Ever-Present Food Additives- 101