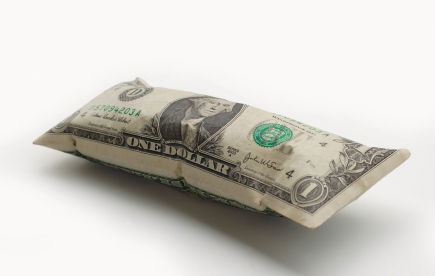 According to a recent report stemming from a West Health-Gallup survey, Americans were forced to borrow $88 Billion in 2018 to pay for health care. That is the amount, over and above their insurance coverage as most of them were insured.

In fact, medical expenses contributed to 2/3d’s of the bankruptcy filings in the United States annually despite the passage of the Affordable Care Act (Obamacare) according to the results of a study published in November 2018. Additionally, most of the people going bankrupt had health insurance.

That amounts to more than half a million American families led to financial ruin by their medical bills. Medical debt, in fact, was the #1 source of personal bankruptcy filings in the U.S.

Most people cry for reform, but few it seems realize that they are giving up their power to others when they focus on what can be done for them.

The most effective action, in fact, is what they can do for themselves which is to find ways to get and stay healthy without having to rely upon a system that is financially rapacious.

Here is a snapshot based on recent studies which demonstrates the current state of the U.S. healthcare system:

Some private plans have even higher deductibles. The point being that you will have spent multiple thousands of dollars in premiums and deductibles by the time your insurance even kicks into gear.

Factor in the co-pay of $7,000 and higher and individuals are in hock for multiple thousands if they get sick requiring a savings on the side possibly just to avoid being part of the 67.3% bankruptcy group.

You can either rely on others to fix the cost problem for you or take control of your own health and stay healthy.

Many people are simply avoid seeking medical attention because of the expense involved. An average of one of three Americans in the 27-36 year old group are highest- followed closely by GenX and Baby Boomers.

That could be dangerous if a problem is allowed to fester and escalate rather than be addressed when more manageable.

A better alternative is to keep yourself healthy with better lifestyle choices, preferably natural to reduce side effects from synthetics which have been known to add other problems into an individual’s health profile.

Resolution of the high cost of medicine can be addressed with something as simple as changing ones diet. As a recent Tufts University study demonstrated subsidizing fruits and vegetables and other healthy foods could prevent 3.28 million cardiovascular events (heart attacks) and 620,000 deaths and 120,000 cases of diabetes saving nearly $100 billion in healthcare costs.

Additional benefits and savings could be derived from using carefully selected supplements and natural solutions for specific disease.

A monopoly enforced by government eliminates competition from alternatives including natural one’s. Unless you participate in the approved high cost system dominated by synthetic pharmaceuticals, your insurance coverage will not cover your expenses.

This system is obviously failing. It continues to grow in cost representing now up to over 17% of our Gross National Product. Yet, it still fails to deliver in many ways.

It is time to consider alternatives that emphasize using nature as the basis for a positive and lower cost foundation for health rather than a system that is literally bankrupting the public.