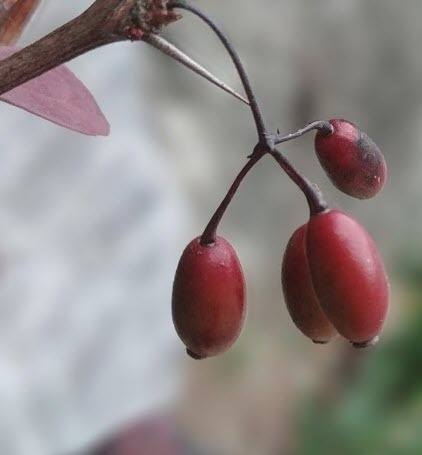 The origins of modern medications had their beginnings in herbs which are essentially plant based remedies. Earlier civilizations, being closer to nature, discovered that herbs had properties which changed the physical and mental state of human beings and even animals.

Some discoveries of herbal remedies were passed on to us from native peoples such as the herbal cancer tea – essiac tea – passed on to nurse, Rene Caisse, by a native Indian.

Other discoveries of herbal remedies were made because humans observed how some animals, such as horses, reacted to certain plants and got better. This was how the Hoxsey treatement for cancer arose.

Of course, alternative cancer treatments, such as Hoxsey offered, were vehemently attacked by the AMA and FDA. Hoxsey Centers grew to 17 in the United States before it was legally suppressed and forced to relocate to Tijuana where the treatment still continues.

A documentary for your edification, When Healing Becomes a Crime, on the Hoxsey treatment may be viewed below:

The reality is that before the growth of modern medicine, herbology and nature based treaments like homeopathy were the dominant means of treating medical disorders.

In fact, Hahnemann Hospital, founded in 1848, was named after Samuel Hahnemann, the discoverer of homeopathy. It was the first homeopathic medical college in the United States at the time.

Originally derived from petroleum, synthetic remedies eventually began to make their debut at the beginning of the 20th century. Over time they have developed into less natural laboratory concoctions eventually becoming carcinogenic and health threatening in and of themselves.

A PDF (Physicians Desk Reference) listing all of the effects and counter effects of medications and the rise of iatrogenic illness, defined by Taber’s 2013 Medical Dictionary, as “any injury or illness that occurs as a result of medical care”, confirms this statement.

A promising new classification of herbs to address the growing demand for alternatives, with a long history of effective results, have been organized into a category called adaptogens.

Adaptogens are a grouping of herbs which appear to increase the body’s ability to adapt to stress and other stress related disorders. People have been consuming them for years, especially in Asia. In the 1940s, Western scientists began studying these substances to learn more about them.

The exact mechanism through which an adaptogen works is unclear to date. Their action appears to be caused by an interaction of multiple chemical compounds. They are sold in health food stores or online in their whole, natural form, as tonics, restoratives, tinctures, and blends containing them.

The video below is a short promotional video by a company called Isagenix which gives a broad overview in the beginning about the science about adaptogens:

In order to be considered an adaptogen, an herb should have three traits.

In addition to helping the body adapt to stress, many of these herbs are high in antioxidants that combat free radicals which contribute to heart disease and a good range of other health disorders.

Adaptogen herbs have been used to treat fatigue, stress, and anxiety for thousands of years. They were included in many tonics and drinks before people really understood how they worked.

Many European folk remedies, for example, contain licorice, a known adaptogen. In Asia, many people have consumed ginseng for thousands of years as a daily tonic. Even native Americans consume their own ginseng species.

While herbalists may prescribe their use as part of a daily regimen to help keep a patient healthy, these herbs may also be prescribed to treat specific conditions related to stress or be combined with other compounds for a desired effect.

According to Wikipedia, adaptogens were first applied in 1947 to describe a substance that may increase resistance to stress. They were later applied in the Soviet Union to describe remedies thought to increase the resistance of organisms to biological stress.

While adaptogens can be an effective means to treat imbalances in the body, they should not be promoted as a cure-all in and of themselves. They are better combined with other natural lifestyle adjustments including nutrition, environmental factors and balanced activity.

The FDA issued a warning in 2013 to Matrix Health, a Washington based company, for illegal advertising and false health claims concerning the use of the word “adaptogen” for one of its products. a derivative of noni (scopoletin). So, while they are safe, they should not be promoted as miracle herbs.

Depending on the circumstances, they may best be utilized under the supervision of an herbalist. A skilled herbalist will have studied their field extensively, and take the time to learn more about a patient’s specific circumstances to create a customized herbal prescription. This is especially important if the patient is taking prescription drugs.

Otherwise, they may safely be adopted to a persons personal health program provided their condition is not considered a serious issue requiring or engaged in long term modern medical treatment and medications.

Nonetheless, some experts do refer to adaptogens as “herbal medicine” due to the high amount of healing benefits they encompass.

Adaptogens counteract a lot of the stress in your body, which in turn can lead to many issues with your physical and mental health, including your neurological, endocrine and immune systems.

With that groundwork, we’ll get a little more specific about adaptogens and their action in the body.

Adaptogens help restore your health by helping to balance the adrenal, pituitary, and hypothalamic glands. These glands interact when responding to your body’s stress responses. When you go through stress, your body experiences three phases:

As your body deals with stressors, like strenuous exercise for example, it expels hormones that increase the performance of your muscles allowing you to concentrate on the task at hand. This allows you to resist the stressor.

Be mindful of the fact that emotionally felt stress, like anxiety, also causes your glands to respond similarly. Consequently, you first feel more energy from the boost that your body gets helping you to respond to the stressor during the alarm phase.

In the resistance phase, as the response gets extended, you begin to resist the stressors. While this state allows you to “hang in there” it also uses up your reserves.

Finally, you reach the exhaustion phase whereby your reserves are used up. No new ones are being produced because the glands that produce them are depleted of their stores or due to over use from continued and unaddressed stressors are unable to meet the body’s demands.

This is where adaptogens enter the picture by gently and gradually promoting some of the following effects on your body:

The Benefits of Apaptogenic Herbs

Adaptogens help with well-being by tonifying and strengthening your physical foundations without damaging side effects, if used in moderation.

In addition, they aid in recovery and have also been used to help people with heart health issues as well as neurological problems.

Adaptogens help with mental clarity for people with all kinds of health issues. For example, Arctic root can help people with depression, boost their productivity levels without any of the toxic side effects that those on antidepressants can often experience.

Arctic root can also help people heal from the flu at a faster rate.

Schisandra, another adaptogen, helps people who deal with exhaustion and low mental energy. It has also been helpful in people with schizophrenia and with some neurological issues, as well as lung functioning.

While Schisandra is a stimulant, the body doesn’t adapt to it rapidly possibly because of its natural, rather than synthetic form. For this reason, you can use this adaptogen at the same dose for a longer period of time and still benefit from its effect.

Adaptogens can be used to alleviate fatigue. They can also be helpful for dealing with the symptoms of many acute and chronic issues when used in combination with other types of treatment. Consequently, they can be helpful in dealing with low levels of energy as a consequent of a medical issue.