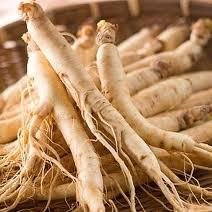 Before introducing the first three adaptogens you can use to safely generate better health, we’ll cover a few cautions and suggestions on their usage. The fact is, while not everyone can use adaptogenic herbs for treatment of their health issues, most people can take these types of herbs without any ill effect if they use them correctly.

One group of people that should be careful are pregnant or breastfeeding women. The usage of adaptogens has not been adequately studied in this group. We also don’t know how the herbs might impact the nursing baby through changes to the mother’s overall system.

Another group that should take some caution before taking adaptogens are those on prescription medicines. If you fall into this group, you should talk to your physician as negative interactions can potentially occur.

As mentioned in part one, adaptogenic herbs are botanicals which naturally provide a number of desired health benefits. They are especially helpful in targeting mental and physical stress.

However, they also provide energy, strength, mental focus and clarity without the dangerous side effects of synthetic supplements or medications.

Three adaptogenic herbs are covered in this post in a bit more detail. The remaining four will be addressed in the last post of this 3 part series.

Eleuthero, also known as Siberian Ginseng, has been used in China as a traditional herbal remedy for over 2,000 years.

It is native to northern China, North and South Korea, southeastern Russia, and Japan. Traditionally, eleuthero has been used as a stimulant and to boost the immune system.

First, popularly known as Siberian Ginseng, this name was banned by the Ginseng Labeling Act of 2002 in an attempt to reduce the confusion between panax ginseng and the eleuthero root.

Eleuthero provides a wide variety of health benefits which includes:

Eleuthero works to increase blood flow to the brain. This helps to improve mental functions such as concentration, focus, reasoning, and memory.

Eleuthero has long been used as a natural stimulant. It increases energy levels. Its naturally occurring compounds work to relieve exhaustion.

Since eleuthero boosts the immune system, the body’s natural healing processes work more quickly. The herb also contains compounds that have been proven in studies to be very effective in the prevention of ulcers.

Eleuthero extracts have been shown to bind to the receptor sites of estrogen. This means that it can help to decrease the undesirable effects of estrogen withdrawal in menopausal women.

Research has proven that eleuthero works to encourage the regeneration of nerves following damage. It may also contribute to synapse regrowth as shown in lab rats with nerve damage.

Eleuthero has been shown for many years to be effective at boosting bone and muscle strength. A 2013 study showed a nearly 17% increase in the bone density of lab rat femur bones when the rats have been given 100 mg of the herb daily for a period of 8 weeks.

It has also been used with good effect to treat kidney disease, viral infections and even HIV.

There are some reports that eleuthero interacts negatively with digoxin, lithium, haloperidol and cyclobensaprine. Consult your doctor before taking this herb if you using those medications.

Reported side effects are insomnia (understandable because of its stimulant effect) and diarrhea.

How is Eleuthero Used?

Eleuthero in powder form can be mixed with water or juice and ingested. A daily dosage of 1-2g is recommended, divided evenly into 2-3 doses and taken between meals. It is also available in convenient capsule form and tinctures.

Maca or Maca Root is also called Peruvian Ginseng. It is native to the Peruvian Andes mountains in South America. It has long been used for its traditional medicinal benefits.

One of the most recent benefits of Maca was discovered in a 2016 study when it was found that the root improves the quality of semen in infertile but otherwise healthy adult males. It is also known to increase libido because of its ability to increase strength, energy and endurance. Hence, it is an herb of choice for many athletes.

Maca root has been shown in multiple studies to deliver several health benefits such as:

Maca is known as a hormone regulator in that it helps to balance the hormonal system. Women suffering from the stressful effects of menopause have reported that adding small amounts of Maca Root powder to their diet helps relieve anxiety, fatigue, and the overall unpleasantness of menopause.

Maca calms the nerves because of it’s fatty acid, phosphorus, calcium and B1 and B12 vitamin content. These are all very beneficial to the nervous system. Consequently, Maca has been proven to improve mental focus, memory, and has shown promise in delaying the onset of debilitating mental conditions and diseases.

Maca is rich in iron which helps oxygenate the blood, lowering the risk of anemia. The natural vitamin content works to ward off illnesses, viruses, the flu, colds, etc. There are claims that Maca decreases the risk of prostate disease in males.

Maca naturally increases energy levels and encourages hormonal changes in order to improve mental outlook and mood. It also calms the nerves because of its fatty acid, phosphorus, calcium and B1 and B12 vitamin content. Individuals who have suffered from depression and who have taken Maca on a regular basis show improvement and outlook.

Maca has been proven to increase bone density and strength. Many people believe that daily use of the root helps to prevent osteoporosis.

How is Maca Used?

Maca is most commonly used in powder form. The powder can be capsulized but is palatable enough to be added to food or stirred into tea, soup or that morning smoothie. It can even be fermented and brewed into a weak form of beer.

Since maca is high in iodine, it should not be taken by people with thyroid disease. Like siberian ginseng, maca can also raise the heart rate because of its stimulant properties if over used. However, it has been used for the villagers of the Peruvian highlands for hundreds of years for it’s nutritional and herbal benefits.

What is Rhodiola Rosea?

Rhodiola Rosea is found in the frigid mountains of Asia and Europe. It is also known by the names Golden Root and Arctic Root. It is an especially potent herb, containing over 140 active ingredients. Rhodiola Rosea has long been used in Scandinavia and Russia to treat conditions such as depression, anxiety, and associated fatigue.

With its vast number of active ingredients, Rhodiola Rosea offers a wide range of health benefits, including:

Test studies have shown that Rhodiola Rosea significantly improves the unpleasant symptoms associated with stress, such as anxiety, fatigue, and exhaustion. Test subjects who also suffered from depression reported improvements in those symptoms as well.

Could Help to Control Diabetes

Rhodiola Rosea has been shown to lower the blood sugar of diabetic lab rats. It does this by increasing the blood’s glucose transporters which carry glucose throughout the body.

One of the components of this herb is Salidroside, which has shown promise in test tube experiments in inhibiting the growth of cancer cells.

Avoid with excited states and use with caution in bipolar conditions, especially with those with a tendency towards mania.

In the next part, we’ll take a closer look at four more adaptogenic herbs.

Go back to Part One