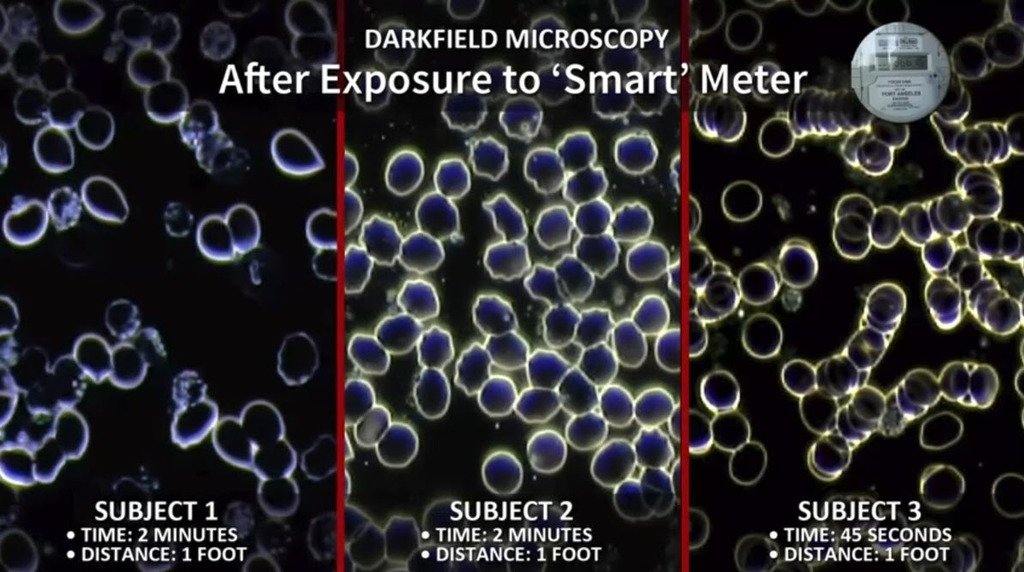 Perhaps you eat organic and non-GMO food. You only drink purified water. You take very good care of yourself and your family’s health. Nevertheless, there is a silent, invisible danger causing potential harm to you and your loved ones you likely have not even considered.

A danger in which we are mainly unknowing guinea pigs in a giant experiment with still unknown consequences. It’s all around us these days and growing exponentially like a virus.

That danger comes from electromagnetic frequency (or fields) radiation, or EMF’s for short. It’s one of fastest growing health issues facing our society as the amount of wireless or WIFI devices continues to sky rocket.

EMF radiation is produced by modern technology and is emitted by the following (and more):

As you can see, the list is long. The fact is, we are being bathed in EMF’s and microwaves at an unprecedented level never before seen on this planet. Everyone is carrying some kind of microwave emitting device these days, but that isn’t even the biggest threat.

The important question to ask is with the commonality of EMf’s: What impact is this having on human health?

EMF’s have become a form of environmental pollution. While that may sound extreme, there is research to back that statement up. The following four sites offer some of the research:

In fact, emf’s have been found to be causative with:

Children with immaturely developed brains and nervous systems are particularly vulnerable as are the already ill and elderly.

The following video excerpted from the documentary Take Back Your Power is 3:52 seconds long and is a case of brain cancer directly related to a cell tower location:

The following video is a bit longer (18:05) excerpt from the same documentary and covers Smart Health Damage (including the above excerpt at the end) more comprehensively:

If you would like to watch the full documentary of Take Back Your Power, you can watch it here:

The studies show that wireless radiation harms nature including plants. This first came to light when farmers noted that their crops died underneath and adjacent to those large power line towers running through their fields. Modern experiments demonstrate the truth of this:

The fact is that they may be unseen, but they do have an impact on the cells of the body. The lights in the picture are illuminating because the power lines are emitting an alternating magnetic field around themselves as they conduct electricity.

What About Government Regulation?

Many devices sold today are supposed to be safe for long term exposure. However, the FCC (Federal Communications Commission) safety guidelines are outdated and set at limits far above safe human levels as the 2nd video above covers.

In fact, the FCC is promoting the rapid expansion of 5G cell towers which as you saw in the 1st video above poses known dangers to human health. Personally, I am skeptical about relying solely on government research especially when there is plenty of independent research and experience pointing in the opposite direction.

You can validate this yourself by going to any of the 4 information resource sites above and reviewing their data. They represent research which is independent of Corporate money which as the graph below taken from Take Back Your Power:

You can also download a copy of the Bioinitiative Report by clicking on this image.

What Are Some Solutions?

First of all, do a little study of the problem to raise your awareness of this invisible threat. Simply because you cannot see microwaves doesn’t mean they are not having impact on your tissue. Human tissue in some ways is very fragile which is why a newborn needs such care when an infant.

Invest in An EMF-Testing Device

I highly suggest you invest in a meter to measure levels of devices and your household. EMF’s are invisible, but testing devices allow you to visibly see and even hear the emissions.

You can call someone in but it may cost you about the same or more. Having you own meter will allow you to scan your entire home and any new devices you may add that could have an impact.

My own experience has led to a number of surprises in key areas that I would never have detected without a meter. Twice I ran into high readings in rooms I regularly occupy that turned out to be devices attached to the joists in the basement that were emanating harmful levels of microwaves through the wooden floor only covered by a rug.

After removing one device and relocating another the readings dropped to well below normal. I was also able to relocate my bed to a safer sleeping location and made a number of other protective moves to lower the microwave toxicity level in the home.

Another example of how meters can be helpful. I have an HP wired/wireless printer on my home office desk. I noted the power button light was coming on and off even though it is directly connected to my pc. I metered it and found that it was emitting a wireless signal pulse every 6-10 seconds, even though it wasn’t set up for wireless.

I turned it off and the pulse stopped. Now, I turn it on only when I need to print. Then, turn it back off when finished. No need to broadcast I high pulse at my head when I am not using the device.

Replace them with analog meters. I made what I now know is a big mistake and allowed my utility company to put a smart meter on my home replacing my analog meter. The readings in the room adjacent to the smart meter are now off the chart high. Now, I will have to fight to have it removed.

If you are in the same situation and would like some suggestions on how to do that contact me at support@naturalandorganicsolutions.com for assistance and I’ll provide you a template.

Cut Back on WIFI Wherever You Can

If WIFI can penetrate walls to reach your device, do you think your skin provides an impenetrable barrier? Of course, it doesn’t. Above recommended levels WIFI microwaves can essentially cook the cells.

I’ll give you an example. Put a plate of food on a plastic or ceramic dish in a microwave oven. Heat the food. Reach in and take out the dish. You’ll notice that the dish isn’t hot.

That’s because the food wasn’t actually heated. The microwave charge of 2.45 Billion hertz running through the food flipped the oxygen molecules (- and +) back and forth by reversing the polarity of the water in the food. This friction of the rapidly flipping water molecule created the heat and free radicals in the food as well, btw.

The microwaves literally rip atoms apart and disrupt the basic biochemical structure of the food. While government and corporate studies suggest they are safe keep the chart above in mind. The science of how they work suggests otherwise.

That high level of microwave radiation is also why the FDA has set very strict limits for manufacturers to seal microwave ovens from leakage.

Use Your Cell Phone Safely

If you think this is not a valid or real happenstance, then please take five minutes and view the following video. You will hear from cell phone users in this video of how cell phones directly influenced their brain tumors or the brain tumors of their now-deceased spouses or children:

That’s just from cell phones. Imagine all the other WIFI devices and what they add in EMF pollution to your environment.

There is what is called the “inverse square” law for radiation intensity. Basically, what this means is that the further the phone is from you, the less radiation intensity you will get. Every inch helps. So try to observe the following 4 tips when using your cell phone:

There is much more to cover on this important but highly overlooked health issue such as the 5G push that will add another layer of harmful radiation in our homes and communities.

There are resources available such as shielded clothing, picture frames, poster liners, etc. If you are concerned about this issue than please do some research and discover what can be of benefit to you in this regard. I plan on updating this at a later date with resources that you may find helpful including supplementation.