Vaccines May Be More Dangerous Than You Think ( Part 2) 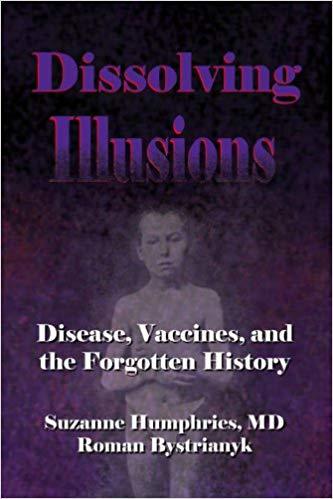 Now, that we have established some frame of reference for the vaccination discussion, we will dissect a few of the claims about the benefits of vaccines which are presented as or assumed to be facts. Unfortunately, they are actually more like myths rather than fact based claims

It’s obvious the vaccine producers, medical industry and providers are going to claim how important and effective vaccines are since they benefit generously from their sale to the patient.

Additionally, the mainstream media which profits handsomely from the pharmaceutical industry is not highly motivated to discredit or dishonor a primary funding source. This is particularly true today, with declining ad revenues at many mainstream media outlets as their public credibility declines

It seems the best we can expect from the media is silence on the issue or very favorable reporting if it is covered while ignoring or minimizing the critical side of the picture.

However, there are also political entities who pile on in favor of the vaccine industry on the global, national, state levels.

The UN’s World Health Organization (WHO) declared the anti-vax movement to be a top global health threat causing between 2 and 3 million deaths a year. Statistics to back this claim are questionable but that doesn’t impact many people since they typically, like the headlines of a news article, simply take it at face value without investigation.

Meanwhile, people are declining vaccines for themselves and their children in greater numbers.

For example, Dr. Julie Morita- the Commissioner for the Chicago Department of Public Health (CDPH), just reported that a whopping number of parents refused to get flu shots for their children at Lurie Children’s Hospital- 83%. In fact, 14% refused any vaccines.

Argentina’s Senate approved a law which establishes a citizens obligation to be vaccinated against all “vaccine-preventable” diseases (which essentially means all vaccines available since the vaccine supposedly is only produced as a preventable treatment for its intended target disease).

The law reportedly “stipulates that the complete vaccination card will be required at the time of processing the DNI (national ID number), passport and driving record , among others,” as well.

Arizona – Pan also helped inspire House Democrats in Arizona to introduce HB 2162 which would eliminate the personal belief exemption, leaving only the religious (not accepted in schools anyway) and the medical exemption clauses for Arizona students, just like California.

It is clear then that there are very powerful forces that want to favorably frame the vaccine issue. Nonetheless, let’s now take a look at a few questionable claims presented as facts to the public and why them may not be.

While some will agree that vaccines should be mandatory, more people are beginning to reject that position as information about the issue grows including the darker side of vaccinations.

Claim One: No Mercury (Thimerosal)

Mercury is no longer being used in vaccines. If it does somehow get into the formula- it is the safe form of mercury.

The first line of attack from the medical establishment is that you are labeled an anti-vaxxer or conspiracy theorist, if you claim that they are still using mercury. Yet the Center for Disease Control (CDC) admits on their Ingredients of Vaccines – Fact Sheet that mercury (AKA thimerosal) is a commonly used ingredient.

There is no safe form of mercury. It is arguably the most neurotoxic element on the entire Table of Elements. A list of articles on mercury’s toxicity may be found at this link.

Vaccines have been proven to assist in lowering rates of disease in groups vaccinated versus groups that have not been.

Vaccines are claimed to safe and effective, so they claim. However, one should ask- based on what evidence?

The Cal‐Oregon project sponsored by Generation Rescue surveyed parents of vaccinated vs. unvaccinated U.S. children. Of the 17,674 children included in the survey, the results showed:

Girls represented only 20% of the total number of children in the survey.

To read more about the methodology and results of the study, go to this link.

To read a report on the near zero incidence of autism among unvaccinated Amish children go to this link.

To be expected, some comparative studies do exist. However, they are not without question.

However, one should ask that why an industry so large, well compensated and protected by the government and media, why the paucity of studies?

Seems with all of the questions being raised these days a confident industry with nothing to hide would be able to produce a voluminous amount of studies confirming its supposed viability. This seems like a red flag to me.

Contrary Studies About the Efficacy of Vaccines

For a thread which presents the counter points and studies to the above studies, you can go to the Thoughtscapism blog by the unnamed blogger who describes themselves as  Cell Biologist, volunteer science communicator and fiction writer (curious combination) which presents and discusses the counter evidence.

With no name and the claim to be a fiction writer I cannot vouch for this blogger’s credibility but the comments portion does provide some counter point discussions on the issue that may be of value.

Dr. Suzanne Humphries, who profiled in part one, wrote a book about this very topic called Dissolving Illusions. You can look chapter summaries and charts at this site.

Paints a historic portrait with quotes from the pages of long overlooked medical journals, books, newspapers, and other sources to reveal a startling history that has been disregarded. With this historic information and originally researched data in the form of myth-shattering graphs, Dissolving Illusions shines new light onto issues that are assumed to be clear-cut and settled long ago.

As the charts on this site show, measles was almost completely eradicated before the arrival of the measles vaccine.

This recent story published 1/30/19 cites a Yahoo News story that inadvertently admitted that most of the children admitted with measles had already been vaccinated against it, proving the premise of Dr. Humphries book.

According to Dr. Humphries, this was mostly due to improvements in public hygiene and sanitation. It is likely no exaggeration to make the claim that good plumbing saved more lives than vaccines ever did.

To make the claim then that vaccines were the cause does not square with the actual historic declines of diseases like polio as well as smallpox, scarlet fever, measles, typhoid, diphtheria and whooping cough. Yet, the public has been led to believe that it was the “magic bullet” of vaccines that saved the day.

And well, if it worked so well there, it must be the cure for all sorts of other diseases. Now, I believe there are 30 different diseases, possibly a few more, that are treatable with vaccines, which contain over 50 different ingredients some of which are just outright toxic to the human body like mercury (thimerosol), aluminum, formaldehyde and some questionable ones like fetal bovine extract among others.

How to Raise a Healthy Child In Spite of Your Doctor

That is the title of a book written by the late Robert Mendelsohn, M.D. in 1984. Significant is that Dr. Mendelsohn is a well credentialed pediatrician (for over 30 years) who was also President Lyndon Johnson’s Director of Project Head Start a comprehensive program providing health education to low-income families. He was also the chairman of the Medical Licensure Committee for the state of Illinois.

He vaccinated patients early in his career but stopped when he realized they were causing more harm than good. In the book above he covers vaccinations and states (in summary):

This was back in 1984 and the best the vaccination industry seems to have done to counter these criticisms is to increase the number of vaccines. One has to question their motivations.

Perhaps the biggest questions one must ask here are as a parent or potential parent and even for yourself are:

At this point, it would be appropriate to cover some stories on some of the contrary reactions adults and children have had with vaccinations. However, there are quite a few available through a simple search on the net via your favorite search engine. I leave that up to the interested reader as I could not devote an appropriate amount of space to cover them adequately.

There are also books that cover adverse reaction case histories which are more frequent than you may think. Case in point, I was discussing the vaccination issue with a warehouse worker in the company I was employed by less than a year ago who had an autistic child. Quite spontaneously, he mentioned to me that his child’s autistic behaviors began after he received a serious of recommended vaccinations.

Here is an article that covers the evidence from leaked internal documents that showed that 36 babies dies after receiving the 6 in 1 vaccine manufactured by GlaxoSmithKline.

However, what I’d like to do is move on to discuss some potential options you can take to avoid, minimize or treat vaccine dangers for yourself, loved ones and your children.