Why Natural and Organic Solutions? Part 4

Most of us are conditioned to think of health care as doctors, pills and hospitals. But let’s be honest here= modern medical care is not really health care. 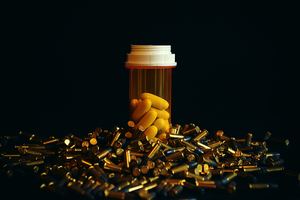 Fact is, unless you have a diagnosed disease, injury or specific set of symptoms, they really don’t care about you.

In other words, if you are healthy that’s not part of their treatment domain.

I’m don’t know how they ever got away with labeling themselves as health care. Seems to me to be more like a good marketing ploy, than an honest statement of fact.

I’m not trying to paint all allopathic practitioners as heartless and greedy. Many of them are very nice people who really enjoy helping others which is why they entered the field in the first place.

Some, of course, are not so nice, but that’s not abnormal either. Most of the people I’ve met in the medical field are people-oriented types who really do care about others. Some are, in truth, remarkably compassionate and caring people.

Nonetheless, modern medical (allopathic) education is oriented towards a specific frame of reference which, in turn, determines their perceptions.

Allopathic practitioners are taught to diagnose health problems or symptoms. The more specific the symptom, the better because that’s what they are trained to find.

Most of us are happy for that, but we also don’t recognize its limitations.

What modern medicine does not focus on are causes, particularly when it comes to non-injury related issues.

If you have a long term skin rash issue like eczema for example, they suggest topical steroidal creams, antihistamines or antibiotics.

They may have some ideas about causes or perhaps none at all. It doesn’t matter. Once the symptom has been diagnosed, the task is to focus on what can be done to eliminate- or what practitioners call “cure”, the skin dis-ease.

The problem is that almost no attention is focused on the cause.

Sometimes even with natural treatment approaches. Less invasive approaches are used, but while they may have less side effects and be safer, they are simply taking the same path as modern medicine with the focus still on the symptom, not the cause.

What is Dis-ease Really?

“Ease” is the state of being comfortable. In the case of our health, it is a state free of pain or discomfort. 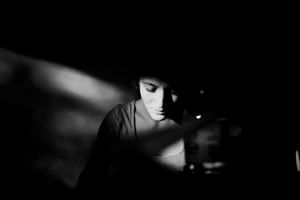 The Latin prefix “dis” points to a reversing force. It means asunder, apart or away. For example, a dis-ability means that our ability to do/perform something has disappeared or come apart like a speaking disability, learning disability, walking disability etc.

Hence, a dis-ease actually means that our ability to be at ease or free of pain has been reversed. The healthy state of the body of being at ease no longer exists.

The practitioner of modern medicine believes that the way to put the body back into ease is to eliminate the symptom as quickly and efficiently as possible. Not a bad goal.

When we are in pain or discomfort, we want to be back to a state of ease as quickly as possible. Not very many of us enjoy being uncomfortable. If we do that’s considered a dis-ease too btw.

However, as lofty as this intention may seem, in the long run, it has limitations.

The first of those limitations is that it does not focus on the cause. The focus is on the symptom which is an expression of the primary causative imbalance.

If you don’t discover what caused the disruption and treat the symptom alone, you are not correcting the disruptive cause which generated the symptom in the first place.

So then, if the disruptive cause has not been addressed, why wouldn’t the person simply manifest that symptom or possibly a stronger one sometime later? Fact is, they almost always do.

It’s kind of like the criminal who has been arrested and put in jail. However, if the criminal mentality of this person was never addressed, what happens when they get back out? Most of us already know the answer to that one. We even have a term for it- recidivism.

This is why ailment’s keep repeating themselves, even after the symptom is temporarily eliminated through medication.

For example, I know people who suffer from migraines. They say they have tried everything. I have made a few suggestions they never tried. In some cases, even sent some remedies that may help.

They never tried them. Guess what? They still have the migraines. However, even if the symptoms were eliminated by natural remedies but not the cause, the symptoms would return and still probably get worse over time.

Drug tolerance may be defined as a state of progressively declining responsiveness to a drug. Our natural defense mechanisms help build up a resistance to the medication.

Because modern medications are synthetic chemical formula’s, the body sees them as foreign invaders- no matter how well intended they may be.

One of the natural defenses our bodies develop is to metabolize toxins through the use of enzymes.

Medications are foreign chemicals which not needed for healthy functioning. They may be well intended to treat a symptom but the body doesn’t see it that way. So, it tries to protect itself.

One of the protective mechanisms the body uses are enzymes in the liver which lower the amount of the medication reaching the bloodstream.

This is what happens with addicts of all types and sizes which is a contributing factor to our rising opioid epidemic.

This is what has happened to the people with migraines mentioned above.

Using conventional medicine the development of tolerance generated the need for stronger medications to produce the intended effect to eliminate the migraine until now just about nothing really works. Drug tolerance, a naturally occurring protective mechanism of the body, generated that result.

Years ago, the anacin brand produced a commercial which showed the analgesic (pain-relieving) drug rushing to the pounding hammer etc. headache imagery and stopping the nasty headache dead in its tracks- fast, fast fast! This advertising emphasis has helped produce the myth that medications are “magic bullets” which rush to the intended site of the symptoms, wipe them out and leaving you smiling- symptom free once again.

Medications simply do not work that way. Yes, analgesics can help stop pain but they don’t rush specifically to the site of the pain and focus there.

I formerly taught a course on Drugs and Society at a local university. I used a book in that course by Robert M. Julien called A Primer of Drug Action. In the early editions, Julien included a section subtitled “The Drug Receptor and the Myth of the Magic Bullet”. That section seems to have disappeared in the most current editions even though I and my students found it a useful explanation.  Maybe you will figure it out after my summary below.

Julien noted that the body holds about 6 liters of blood (a little more than 1 1/3 gallons) on average. Hence, it only takes about a minute once a drug enters the blood stream for that drug to be 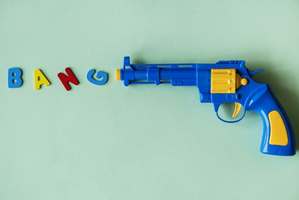 distributed throughout the entire circulatory system.

The body has about 10 billion capillaries with a total surface area of 300 square meters. As Julien states: “Probably no single functioning cell of the body is more than between 20 or 30 microns from a capillary.”

With a micron being about 4 ten thousand of an inch that is a very small distance indeed. Consequently, Julien concludes that the magic bullet concept is of course false in that all drugs are distributed fairly evenly throughout the body.

This is why all medications or drugs have side effects. Subjected to the body’s natural distribution mechanisms, they reach nearly all the cells of the body having impacts on cells that are not the intended target.

That is also why it often takes repeated doses to eliminate a symptom.

Additionally, since medications are synthetic materials, they have effects which are not always predictable. Unstable drug interactions may occur, particularly when coupled with other synthetic medications. Not to mention the not infrequent damage to the liver and kidneys which are the primary organs used to metabolize and discharge excess drug molecules.

In the last part of this introduction to natural and organic solutions, I’ll focus on the differences to the natural solutions vs. modern medicine.