Why Natural and Organic Solutions? Part 2

As noted in the first segment, health care in our nation is skyrocketing with no end in sight- based upon the current system.

We spend more on health care than per person by quite a bit more than any other nation.

With costs that high, if the system were really working, we should have the best health in the world.

We don’t. Spending does not always add up to better results. More importantly these rising costs do not guarantee success in treatment outcomes.

Weight gain has never been associated with good health. 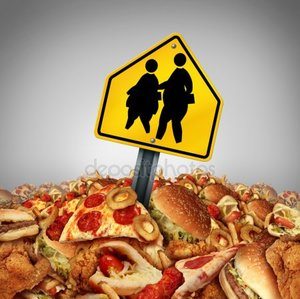 In the book, Intermittent Fasting: The Fasting Miracle by Arthur Rhodes, he makes the point that in 2017, obesity claimed more lives than car accidents, terrorism, and Alzheimer’s combined and the numbers are climbing at a very high rate.

Being overweight is a strong indicator of heart disease for adults, but a 2012 study from the University of Oxford aimed at children analyzed the results of 63 studies involving 49,220 healthy children aged between five and 15 years old. Only studies conducted after 1990 in highly developed countries and published between 2000 and 2011 were included.

Weight, and especially obesity, has a significant effect on the risk parameters for cardiovascular disease that are present in children from age five years. This effect could give them a head start on their normal and even overweight classmates for future cardiovascular disease, diabetes and stroke.

A look at the NIS (National Institutes of Health) statistical data demonstrates that according to their 2013-2014 survey 1 in 6 children, including adolescents up to age 19 were considered to be obese. That apparently carries into adulthood as more than 1 in 3 adults were considered to be overweight with 1 in 13 in a state of extreme obesity.

These are most certainly not good indicators of a healthy future population. They tell us that health care done wrong early is a predictor of high risk to becoming an unhealthy adult.

It can also be concluded that costly medication and treatment in later life is not going to eliminate the impact of poor dietary and lifestyle choices when younger. Hence, throwing more money and medications at health problems has not been working to fix the seeds planted during one’s childhood. Obviously, with costs rising and health still continuing to decline something isn’t working.

What Then Is the Solution?

Shaving the costs of medical care will not fix the problem. If the approach we have is not working already, what good will making it cheaper do?

Making it more costly has not improved results either because our health as a nation has been declining when it comes to illnesses of all sorts while continuing to drive costs upwards.

Costs are important. However, if after throwing expensive care at our health problem we still fail to produce the desired result – good health, then who has it really helped but the provider, not the patient. The patient ends up still sick and less wealthy to boot- a double whammy!

Next, let’s begin to take a comparative look at an alternative path to better health care.