Why Natural and Organic Solutions?

Unless you are living under a basket, you have had to notice the skyrocketing costs associated with healthcare today. Is there any light at the end of the tunnel to all this health care cost growth?

Federal statistics tells us that no other advanced nation spends more annually on healthcare than the United States. Total federal outlays in 2017 according to the Henry J. Kaiser Foundation from government statistics was $4 Trillion or in numbers $4,000,000,000,000.

If you watched the video, you will see that even only $1 trillion is a lot of money. Yet, we spend 4 of them on healthcare alone annually and the total just seems to keep mounting with no end in sight.

The Henry J. Kaiser Foundation, based on government statistics, states that Medicare spending alone was 15% of total federal spending in 2017 and is projected to rise to 18% by 2028.

At that rate of rise, the Medicare Hospital Insurance trust fund (Part A) alone is projected to be depleted by 2026. Medicare per capita (by the head or for each person) is projected to grow at an annual rate of 4.6 percent over the next decade, ending in 2028. My guess is that it will likely be more. 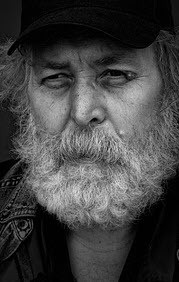 The Kaiser Foundation also noted that Medicare, which serves nearly 60 million seniors and people with disabilities, accounted for 20% of national health spending in 2016, 29% of spending on retail sales of prescription drugs, 25% of spending on hospital care & 23% of spending on physician services.

What these projections are telling us as a culture is that Medicare already occupies a significant chunk of our healthcare costs.

Additionally, while our medical costs are very high now, they will get higher.

As a senior citizen or someone approaching that stage of life, one must ask one’s self, “Is that what I want to spend my retirement savings on- healthcare costs?”

Younger people aren’t off the hook either. They are footing this bill in the form of increased taxation and inflation today, not to mention looking at their own future or worse. Since, Medicare is a government run program, they get their money from the taxpaying citizen or through inflating the national debt by borrowing which is to say ransoming our futures?

If this unsustainable system continues, according to the Congressional Budget Office, it will collapse under its own weight. It is simply “unsustainable” as they put it.

Is This Costly System Working?

Apparently, throwing money at the problem is not working:

Data on behavior and lifestyle-related social determinants of health, such as diet and exercise, show that the U.S. has long had a higher per capita fat and caloric intake than comparable countries, as well the highest prevalence of obesity (35.3% vs 21.2% average across comparable countries) and insufficient physical activity among adults (32.4% vs 26.4%).    Health System Tracker

Maybe you’re not feeling the vitality you once felt not too long ago and run out energy too soon to get through the day. 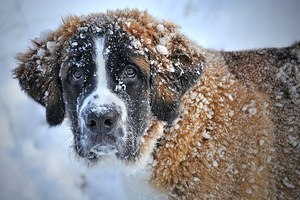 So, How About You?

Do you have an abundance of energy?  A clear mind and pain free body? Weight about right, or have you picked up a few unwanted extra pounds you cannot seem to shed which keep getting added on to?

It doesn’t have to be that way.

Nature didn’t create this amazing body for us to need to run to a doctor for some synthetic chemical combination with side effects, unless we don’t know how to treat it correctly.

There are alternatives to modern medicine despite its stranglehold on what they incorrectly label the “health care” industry. That’s what I’ll be focusing on with this site.

In the next section, we will take a little deeper dive into the results which all of this spending is producing.