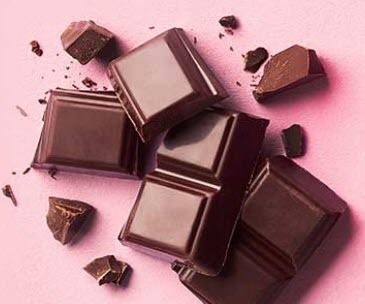 Sugar has many drawbacks as was covered in another post. Some of us have been conditioned to turn to artificial sweetners to cut back on the sugar. This may not be as good an idea as it seems.

We’ll take a look at this question in this post. Offer some facts based on research and science. Then, offer some safer and healtheir substitutes.

Artificial Sweetners to Be Wary Of

While artificial sweeteners are posed as not toxic or in any way dangerous, some science based evidence would indicate otherwise.

Below are some of the artificial sweetners you may want to limit or completely avoid because they are not doing your health good.

Aspartame is currently one of the most popular and better known artificial sweeteners on the market. It is marketed under brand names such as NutraSweet, Equal, Sugar Twin and AminoSweet.

Aspartame is found in more than 6,000 products, including Diet Coke and Diet Pepsi, Kool Aid, Crystal Light, Tango and other artificially sweetened drinks; sugar-free Jell-O products; Trident, Dentyne and most other brands of sugar-free gum; sugar-free hard candies; low- or no-sugar sweet condiments such as ketchups and dressings.

It can also be found in children’s medicines, vitamins and cough drops.

Fact is, it is pretty nasty stuff. It has been associated with seizures in children, prenancy abnormalities, obesity, migraines and more. Not surprising once you know how this chemical works in the body.

Aspartame becomes methanol in the body which then becomes formaldehyde. This triggers direct toxicity as well as activating the immune system itself, setting the stage for lifelong autoimmune disorders.

Despite the evidence from a number of studies which show the sweeteners in an unfavorable light, the FDA has continued to allow it as an additive. That may be the result of the fact that this artificial sweetner currently controls one of the largest portions of the artificial sweetener market share.

It would be wise to cross this artificial sweetner off of your list entirely if you wish to remain healthy by avoiding toxic substances.

Saccharin has the unique distinction of being an artificial sweetener that was once pulled by the FDA in the 1970’s because of its link to bladder cancer then reinstated.

It is sold under brand names like Sweet ‘N Low, Sweet Twin and Necta Sweet.

It is 300-400 times sweeter than sugar and contains no carbs nor calories. However, it can leave a bitter aftertaste and it is a pure chemical made in the laboratory through the oxidation of the chemicals o-toluenesulfonamide or phthalic anhydride. (Might have to study that name a few times to get it.)

As a consequence of its aftertaste, it is often combined with aspartame to offset the bitterness leaving you back at square one in terms of toxicity as noted in the aspartame section above.

However, after being added to the cancer list in 1981, evidence provided by studies suggested that saccharin wasn’t responsible for the cancer it was believed to be a cause of. It was delisted in the year 2000 from the U.S. Nation Toxicology Program’s Report on Carcinogens.

Since consumers continue to report negative experiences with this artificial sweetner studies have continued in recent years associating saccharin with anxiety and depression and other and doctors draw conclusions that while they can’t be sure that saccharin is actually what is causing the issues, that it should still be considered because of the commonality of its presence in testing.

Healthline doesn’t recommend this as a sugar substitute despite the non-carcinogenic claims. Frankly, neither would I. Why take a lab created chemical into your body that offers no nutritional value which may have potential side effects? No thank you.

Xylitol is a 5 sugar alcohol that is found in many fruits and vegetables. It is used in products like toothpaste, gum, deodorants, and even your children’s medicine.

As you can see below the process for making xylitol would indicate that although derived from a natural source, is not natural when the manufacturing process has been completed :

Doesn’t sound too healthy to me. As noted by Natural News, xylitol will kill a rat 50% of the time in doses equivalent to about 1.65 grams of xylitol.

Ingesting one thing with this sweetener wouldn’t be a big deal in most cases, but if you find that you are ingesting serving size amounts of these sweeteners in a large portion of your products, it could add up to a potential for illness or complication of some kind.

You should consider switching some of the brands you use for companies that don’t use Xylitol in their products. Better yet, don’t use it all.

People who have complained about Xylitol have experienced bloating, dizziness, and symptoms that culminate in laxative effects, but the worst thing about this sweetener, is that it is a poison which can kill your dog.

Sucralose is a no-calorie sweetner that is marketed under the name of Splenda. It is made from a process that begins with regular table sugar (sucrose); however, sucralose is not sugar. It was approved by the FDA in 1998. It too, is found in quite a few products.

To manufacture sucralose, three select hydrogenoxygen groups on a sucrose molecule are replaced with three chlorine atoms, resulting in a no-calorie sweetener that is about 600 times sweeter than sugar.

What it really amounts to however, is just chlorinated sugar. When chlorine accumulates in your body, as expected, it is not good for your health.

The most common complaints about sucralose is that it causes digestive distress, abdominal cramping, and general gut health issues.

The most common problems arise when it is used regularly. That is because when you consume it regularly about 8% of this chlorinated sugar remains in your body, eventually toxifying the cells.

According to Dr. Sumreen Anwar on the Healthy Focus blog, sucralose can contribute to problems with digestion, your intestinal flora, absorption of medication, headaches and allergies.

While over 100 studies claim sucralose to be safe, I would recommend caution particularly for regular and long term use.

In Italy, Bologna’s Ramazzini Institute cautioned that Splenda was carcinogenic. They immediately came under fire mainly from the manufacturers of the substance attacking the source as unreliable and self serving.

Personally, I can’t find any reason to defend a product that is made from already questionable sugar, which is little more than a concentrated chemical itself with its own health risks, by replacing parts of its molecules with chlorine.

Use it if you want, but I can’t see any redeeming qualities myself particularly if you swim in a chlorinated pool regularly as well.

Maltodextrin is a white powder used as a food additive made from a variety of starches like corn, wheat, rice, potato and tapioca.

It is made through hydrolysis which is a process that uses water and enzymes or acids to cut starch molecules into smaller pieces or short sugar chains.

It however does not taste sweet but rather is used to add bulk, texture and increase shelf life to products. Why it is mentioned in this context is that it is often used in artificially sweentened products to add bulk, replace fat and as a preservative.

While on the GRAS list (generally regarded as safe), there are some concerns with maltodextrin.

It contains no nutritional value to speak of having no vitamins nor minerals. It may also cause spikes in blood sugar levels because it is a high glycemic food.

Another concern is research which points to its role in increasing the growth of E. Coli bacteria in the intestines which may play a role in Chron’s disease.

It is also likely to be made from GMO corn unless it is certified organic or noted as GMO free from a reputable source.

In place of maltodextrin, to be safe, one can use pectin or guar gum as a substitute in a recipe that calls for it as a thickener. While not as toxic as the aforementioned sugar substitutes, consuming real, whole foods is the better choice since it contains little to no fiber or nutritional value and can disrupt the intestinal bacterial balance by promoting E. Coli which can have a highly toxic impact.

1. Monk Fruit extract powder is a safer sugar substitute than all of the above. It is 300X sweeter than cane sugar, but not because of natural sugars like most other fruits.

The sweetness comes from the presence of mogrosides which are powerful antioxidants which protect the cells from harm. Because of this, monk fruit extract is metabolized differently by the body and has a negligible effect on blood sugar.

The recommended Health Ranger Store brand is non-GMO, with no additives or fillers, lab verified free of pesticides and heavy metals.

2. Organic Coconut Palm Sugar is another all-natural and safer substitute extracted from the bark and fruits of tropical coconut palms.

Due to its delicately sweet flavor, coconut sugar is a favorite substitute for brown sugar.

It is low on the glycemic index and high in nutrient density, making it a healthy sweetener for smoothies, shakes, spreads, cereals, and desserts.

The recommended brand is:

3. Organic Coconut Sugar is a safer substitute for that chocolate craving. This product is made from lab-verified organic cocoa powder and organic coconut sugar.

In this recommended brand, unlike most cacao in stores which is contaminated with cadmium, this one is not.

Cadmium is a heavy metal absorbed from the soil by the cacao bean which accumulates in the body over time harming your kidneys, lungs, bones and heart.

The recommended brand is lab verified free of heavy metals via the ICP-MS (mass spectomatry) instrumentation. Healthy organic cocoa powder has these benefits:

Another sugar substitute which many recommend is stevia. However, I have found that it has a strange and bitter aftertaste that has caused me to leave it in the food cabinet rather than use it. Try it and see what you think.

As noted above, there are safer substitutes in addition to the recommendation to take less concentrated sugars in all forms by adjusting your dietary intake.

However, if you need safer substitutes there are some good one’s to start with mentioned in this post to get you started which are tested to be safe from heavy metals and pesticide residues like glyphosate.