About Those Ever-Present Food Additives- 101 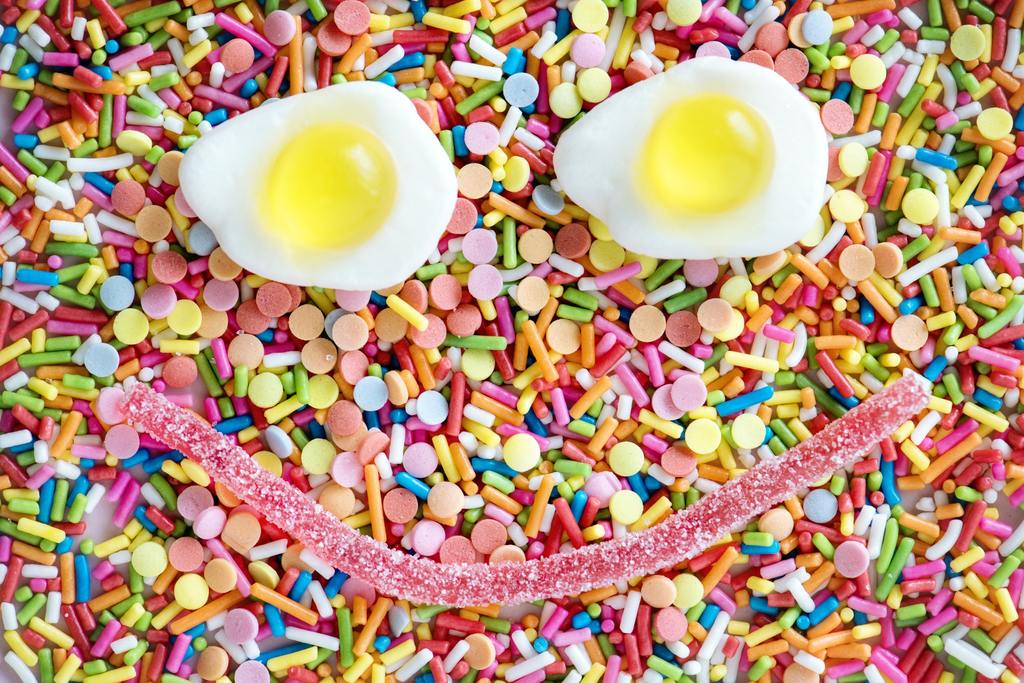 If take the time to read labels on the food you purchase, you would soon run into words that you can hardly read- especially on the most popular brands. Most of these words are chemicals that qualify as food additives.

What Are Food Additives?

A food additive is something added to a food during its production, processing, or packaging. According to the U.S. Food and Drug Administration (FDA) the more boring and legal definition of food additives is:

Any substance the intended use of which results or may reasonably be expected to result — directly or indirectly — in its becoming a component or otherwise affecting the characteristics of any food.

This definition begs a few questions. First of all, why add them? We’ll take a look at that in this post.

Another important and valid question arises which is- Are these strange chemicals good for me? This is very important to answer because they end up in your body and may eventually have an impact on your health.

The Reality of Modern Society

In today’s world, it admittedly is very difficult for food companies to keep additives out of processed foods. The documentary Food Fight below gives a perspective on how this happened.

The reality of life is that we all need to eat on a daily basis. So, in our busy worlds, there would seem to be some need for processed or prepared foods. This could be especially true in a busy family with children and two working parents.

Does that mean that the only way to resolve that issue is with commercially prepared foods?

Well that would depend on how interested and willing you are to take control of your health. It may take a little more effort but if you and your family’s health is important to you, it is probably worth it. But, how did all this processed food arise in the first place?

After WWII, with the advent of synthetic NPK (nitrogen, phosphorus and potassium) fertilizers and industrialization, food production grew markedly. Dumping cheap fertilizers dropped the cost of growing food while over stimulating food production. As a result, there was too much food to go around. 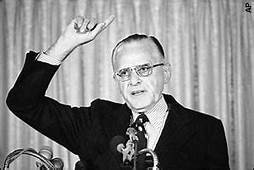 The Earl Butz Farm Bill Paved the Way for Junk Food and more.

In the 70’s, Nixon’s Secretary of Agriculture, Earl Butz, decided that the way to use this excess was to help the biggest producers with public money with a farm bill.

The Butz farm bill subsidized specific food crops- namely corn, soybeans and wheat. With public subsidies, food cheapened for the consumer, but not without unintended effects.

Guess what then became so plentiful that we had to create ways to use it up? Guess what became the principal ingredients in today’s junk food?

In the end, government subsidies end up paying for the ingredients that eventually transformed into today’s junk food.

Another impact of the Butz’s farm bill, favoring selected foods, is that industrialized food production really grew. In 1935, the average farm was 155 acres. In 2002, it was 441 acres. As farm size grew, so did the need for creating processed foods to use up the excess while increasing profits.

Of course, so did the additives. Now, they are so prolific that it’s hard to avoid them.

While subsidized foods grew in supply, along with industrialized agriculture, nutritional content and selection plummeted. Processed foods and their complementary additive industry also grew to use up this excess food supply.

Now, we make up for that by spending less money for food, but spend much more to repair the poor health which low nutrition food has produced with modern medicine. (Both industries are real valuable for the petroleum industry, btw.) Modern medical costs are sky rocketing and eroding our pocketbooks- including our retirement and end of life costs.

For centuries, our ancestors managed to survive without food additives. Food life was lengthened with natural preservatives such as salt, herbs, spices or methods like home canning in mason jars.

Other methods used natural fermentation processes to naturally ferment harvests and produce goods like sauerkraut and pickles in the West. Other cultural alternatives which arose from natural fermentation were foods like miso and natto in the orient. Or even the “thousand year egg” I heard about (but never tried) in rural areas in nations like Viet Nam.

Another popular alternative for food preservation was through drying and smoking processes for foods that spoiled quickly, but were desired and necessary in the traditional diet like meats.

There are modern alternatives to the drying way of food preservation btw which are called food dehydrators.

Now, however because of what we discussed above, the U.S. Food and Drug Administration maintains a list of over 3,000 additives in its data base because we are told- times have changed.

So, Why Add Them?

According to the FDA there are 3 primary reasons to use food additives.

The Five Main Classes of Additives

Although there are over 3,000 food additives listed by the FDA, they can be grouped into five main classes based on their functions. Knowing these can help you understand why these additives are even there. These five classes are as follows:

In order to store foods for several months or even years with its nutrients remaining intact, preservatives are the most convenient choice for the food manufacturer. Some of these preservatives help to prevent oxidation which will slow down the deterioration of some stored nutrients.

However, some nutrients are unavoidably lost during processing due to the various methods used. For example, modern refined, white flour is typically milled on high-speed rollers. The heat generated by these machines is very high which leads to the destruction of some of the grain’s natural nutrients.

In order to compensate for this loss of nutrients, flour is fortified with added vitamins. Not a good compensation for the lost minerals found in the covering and germ and cheap synthetics to boot.

Another consideration to ponder, if preservatives preserve food for long periods of time, what impact are those synthetic chemicals having on our cells?

Certain foods need to have a particular appearance to make them presentable and edible. Emulsifiers are examples of texture improving additives as they help fatty and watery ingredients blend smoothly or remain in suspension.

This creates a particular texture recognized by everyone. An example would be the texture of ice cream, particularly all those off beat flavored ones. Another would be a salad dressing where you don’t want the ingredients (like oil and water) to separate. Several other texture improving additives such as xanthan gum, guar gum, and carrageenan are used as stabilizers and thickeners for low-fat or gluten-free foods.

Another source of acids in foods are natural color compounds such as anthocyanins in purple cabbage. These compounds are highly sensitive to changes in pH. About the only way food producing companies can regulate their acidity is by applying appropriate amounts of acid control additives.

Flavors and colors give different foods their unique taste and looks. Most flavorings are natural like herbs and spices. With processed and fast food however, that is not the case. In addition to common one’s like vanilla extract, are artificially manufactured flavorings from chemicals or natural ingredients that make fast foods like the French fries at MacDonald’s taste the same all year round.

Colorings, just like flavorings, can be either natural or artificial. Just as the Indians used natural colorants to color leather, natural colorings can be used in foods as well.
Most processed foods however use artificial colorings to either enhance the original color of a particular food, or add colors to food that are naturally colorless. 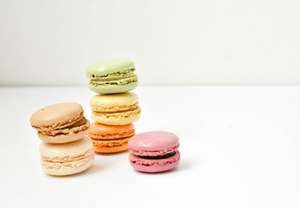 have as many colors as possible with the help of color additives.

Food dyes, growing out of the Feingold diet for hyperactive children, have been the source of controversy for decades now. For a quick list of dyes and health impacts go here.

One of the more important and basic uses of food additives is to preserve its safety and edibility. Salt, preferably Himalayan or another naturally processed variety, is

mainly used for this purpose.

Rancid fats taste bad but are also potentially carcinogenic in nature which is why nitrates are added to meats. However, nitrates are considered to be carcinogenic (cancer causing) especially if consumed without reservation with a generally compromised diet.

Rancidity in foods is mainly caused by oxidation. One way of preventing this is by using ascorbic acid, popularly known as Vitamin C. This compound functions like antioxidants to inhibit the oxidation of molecules in foods thereby reducing rancidity. (A good reason to consume this water-soluble vitamin daily.)

As industrialized farming and food processing arose, the amount of food in our food chain grew. Unfortunately, so did food additives. Now, they have been used for decades to preserve, blend, flavor, color, and thicken foods.

The FDA wants us to conclude that since food additives are carefully studied, regulated, and monitored by them we can be confident that they are entirely safe for consumption.
However, there are verifiable concerns about additives in our food supply. The easiest way to avoid many of them is by staying away from processed foods. Choosing to eat only organic meat, grains, and produce has become much easier in recent times.

You can find natural substitutes for just about every type of food these days. That doesn’t mean that it is always healthy for you- like those Reese’s Peanut Butter Cup lookalikes that you even see at the check-out counter of your local supermarket.

However, with a little research, effort and changes you will find that a diet emphasizing real foods is not that difficult to manage, maintain, tastes better and is better for you as well.